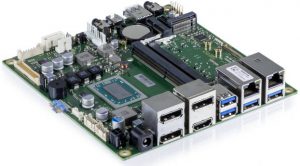 This is its first completely new motherboard since the acquisition of Fujitsu’s industrial motherboard division.

Aimed at Windows 10 or Linux-64, and called D3714-V/R mSTX, they support up to four independent 4K displays for industrial PCs, medical displays, digital signage and kiosks, said the company.

It comes with up to three DisplayPorts (V1.4, including DP++ support) and one HDMI port (V2.0b). It also offers dual channel LVDS (24bit), an embedded DisplayPort V1.3 (4K), 8bit GPIO and HD audio onboard. 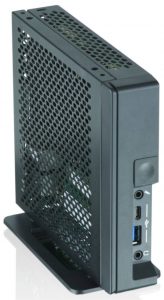 Smartcase S511 is a housing kit for the R1 and R2 variants, with USB ports at the front and rear, and designed for both horizontal and vertical use.

Digital Heaven - It's Friday, close the work apps, and start to play!